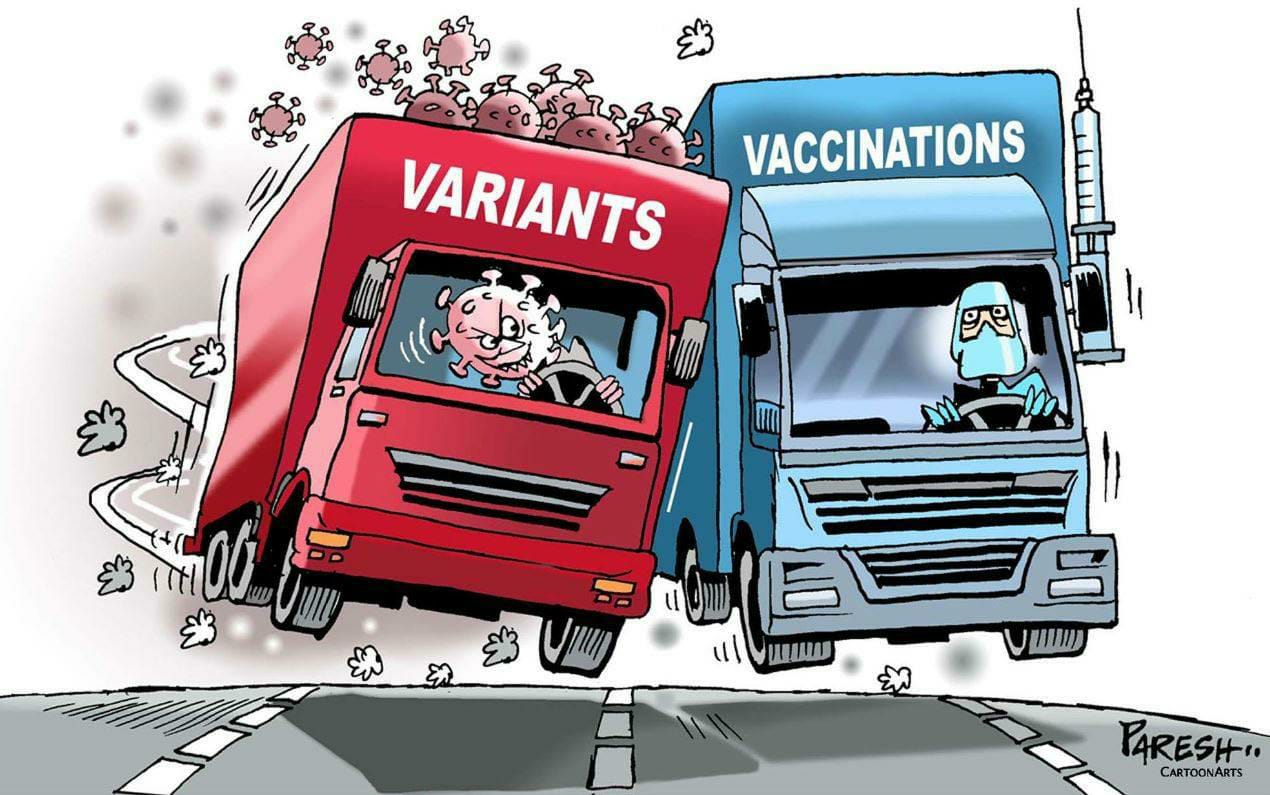 There are more viruses than stars in the universe. Why do only some infect us?

More than a quadrillion quadrillion individual viruses exist on Earth, but most are not poised to hop into humans. Can we find the ones that are?

An estimated 10 nonillion (10 to the 31st power) individual viruses exist on our planet—enough to assign one to every star in the universe 100 million times over.

Viruses infiltrate every aspect of our natural world, seething in seawater, drifting through the atmosphere, and lurking in miniscule motes of soil. Generally considered non-living entities, these pathogens can only replicate with the help of a host, and they are capable of hijacking organisms from every branch of the tree of life—including a multitude of human cells.

Yet, most of the time, our species manages to live in this virus-filled world relatively free of illness. The reason has less to do with the human body’s resilience to disease than the biological quirks of viruses themselves, says Sara Sawyer, a virologist and disease ecologist at the University of Colorado Boulder. These pathogens are extraordinarily picky about the cells they infect, and only an infinitesimally small fraction of the viruses that surround us actually pose any threat to humans.

Still, as the ongoing COVID-19 pandemic clearly demonstrates, outbreaks of new human viruses do happen—and they aren’t as unexpected as they might seem.

To better forecast and prevent outbreaks, scientists are homing in on the traits that may explain why some viruses, and not others, can make the hop into humans. Some mutate more frequently, perhaps easing their spread into new hosts, while others are helped along by human encounters with animals that provide opportunities to jump species.

When it comes to epidemics, “there are actually patterns there,” says Raina Plowright, a disease ecologist at Montana State University. “And they are predictable patterns.”

Most new infectious illnesses enter the human population the same way COVID-19 did: as a zoonosis, or a disease that infects people by way of an animal. Mammals and birds alone are thought to host about 1.7 million undiscovered types of viruses—a number that has spurred scientists around the world to survey Earth’s wildlife for the cause of our species’ next pandemic. (Bacteria, fungi, and parasites can also pass from animals to people, but these pathogens can typically reproduce without infecting hosts, and many viruses are better equipped to cross species.)

To make a successful transition from one species to another, a virus must clear a series of biological hurdles. The pathogen has to exit one animal and come into contact with another, then establish an infection in the second host, says Jemma Geoghegan, a virologist at Macquarie University. This is known as a spillover event. After the virus has set up shop in a new host, it then needs to spread to other members of that species.

Exact numbers are hard to estimate, but the vast majority of animal-to-human spillovers likely result in dead-end infections that never progress past the first individual. For a new virus to actually spark an outbreak, “so many factors need to align,” says Dorothy Tovar, a virologist and disease ecologist at Stanford University.

For a virus, one of most challenging aspects of transmission is gaining entry to a new host’s cells, which contain the molecular machinery that these pathogens need to replicate. This process typically involves a virus latching on to a molecule that studs the outside of a human cell—a bit like a key clicking into a lock. The better the fit, the more likely the pathogen is to access the cell’s interior. SARS-CoV-2, the coronavirus that causes COVID-19, engages with the protein ACE2 to enter cells in the human airway.

For any given host, “there’s a very small number of pathogens that are able to” break into its cells this way, Sawyer says. The vast majority of the viruses we encounter simply bounce off our cells, eventually exiting our bodies as harmless visitors.

Experiencing COVID-like symptoms? To book appointment for COVID patient from home, call on

no need of routine covid-19 testing* before hospitalisation, surgeries

*However, a study from AIIMS itself shared by the Union health ministry, showed that there weren’t any complications or adverse impact on patients who had to undergo surgery when they were Covid-19 positive during the omicron wave*

This will be applicable to both regular and daycare hospitalisations, minor and major surgeries/ interventional, non-interventional procedures and imaging in clinically asymptomatic patients/ including OPD and Emergency patients along with those who were earlier COVID-19 positive but have recovered and been transferred to the inpatient ward for continued treatment
The All India Institute of Medical Sciences (AIIMS) Delhi announced on February 9 that it will discontinue routine COVID-19 testing before inpatient hospitalisations and surgeries.

dr li wenliang died of covid after warning the world about it: read how china had silenced him

The story of Dr Li Wenliang,whistle-blower Chinese doctor who died of COVID-19 two years ago

When the Chinese government was not coming out clean about the deadly virus, Dr Li questioned the authorities on their silence in a social media post. He accused them of being silent on healthcare workers getting sick though he was hospitalized

On February 7, 2020, Dr Li Wenliang, a 34-year-old doctor from Wuhan, died of a Covid-19 infection. He was a frontline health care worker at Wuhan Central Hospital, where he first noticed something was unusual about the sick people coming to the hospital for treatment.

The world hails Dr Wenliang as the whistleblower who warned the world about the deadly disease. Two years since his death, over 57 lakh people around the world have lost their lives due to the pandemic that started and was most probably ‘created’ in Wuhan

The story of Dr Li Wenliang

Dr Li was an ophthalmologist at Wuhan Central Hospital. In December 2019, he noticed seven cases of virus infection that looked similar to SARS virus infection that led to the global epidemic in 2003. On December 30, he sent out a warning message to his fellow doctors in a chat group and warned them to wear protective clothing while treating patients. At that time, he was not aware that the virus was a completely new one.

China is known for spying on its citizens. Dr Li was no different. Just four days after making the initial warning to the fellow doctors, Dr Li was summoned by the Public Security Bureau. He was accused of making false claims. Dr Li was forced to sign a letter accepting the accusations. In the letter, it was stated he “made false comments” that “severely disturbed the social order”. Reports suggest there were seven other people who were under investigation along with Dr Li for allegedly spreading rumours.

The letter read, “We solemnly warn you: If you keep being stubborn, with such impertinence, and continue this illegal activity, you will be brought to justice – is that understood?” Dr Li had written underneath “Yes, I do.” Later, the authorities had to apologise to Dr Li

Just a week after his visit to Police, Dr Li treated a woman at the hospital who was infected with the new virus. On January 10, 2020, Dr Li posted on Weibo, informing he had started coughing. The next day, he was down with a fever. It took only two more days for his health to deteriorate further, and he was hospitalised.

On January 30, 2020, he was diagnosed with Covid-19. On February 7, his body gave up, and he died of acute pneumonia, a complication caused by Covid-19 infection. In a post he wrote, “Today nucleic acid testing came back with a positive result, the dust has settled, finally diagnosed.”

When the Chinese government was not coming out clean about the deadly virus, Dr Li questioned the authorities on their silence in a social media post. He accused them of being silent on healthcare workers getting sick though he was hospitalized.

The confusion over his death

Chinese mouthpiece Global Times, People’s Daily and others reported Dr Li died on February 6. The People’s Daily published a tweet acknowledging Dr Li’s death. However, Global Times later clarified he had been put on ECMO (extra-corporeal membrane oxygenation) to keep his heart pumping and blood oxygenated without going through the lungs. It further added Dr Li was in critical condition. According to BBC’s report, the Chinese government had ordered the media outlets to change their reports to Dr Li under treatment.

China’s silence led to the pandemic

Dr Li became the face of freedom of speech in China, a country where the government censors everything that goes against the authorities. The people of China were not aware of what was happening, and the Chinese government kept mum to save its face in front of the world. World Health Organization also, directly and indirectly, failed to warn the world on time and trusted the Chinese version that Covid-19 was is not being spread from human to human.

Within weeks of his death, the world started to close down as people were contracting Covid-19 rapidly, and no one knew how to treat it. Today, after two years of Dr Li’s death, the world has reported over 39 crores cases of Covid-19. Over 57 lakh people have lost their lives to the deadly disease. The world has faced multiple waves of Covid-19. People died while waiting for treatment and gasping for oxygen. The United States has reported over 9 lakh deaths while India has reported over 5 lakh deaths, followed by Brazil, France and United Kingdom in the top five list. China, the country where it all started, is still mum about the actual status of the virus’s origin.

Your Not Registered user with above Mail or Mobile.

Enter your recovery Email / Mobile no.

Please Check your Email / Mobile no. for verification code.

Enter your MedicoHelpline registered Mobile no.

Your Not Registered user with above Mobile.

Please Check your Email / Mobile no. for verification code.

Fill in the form below to get instant access

Fill in the form below to get instant access 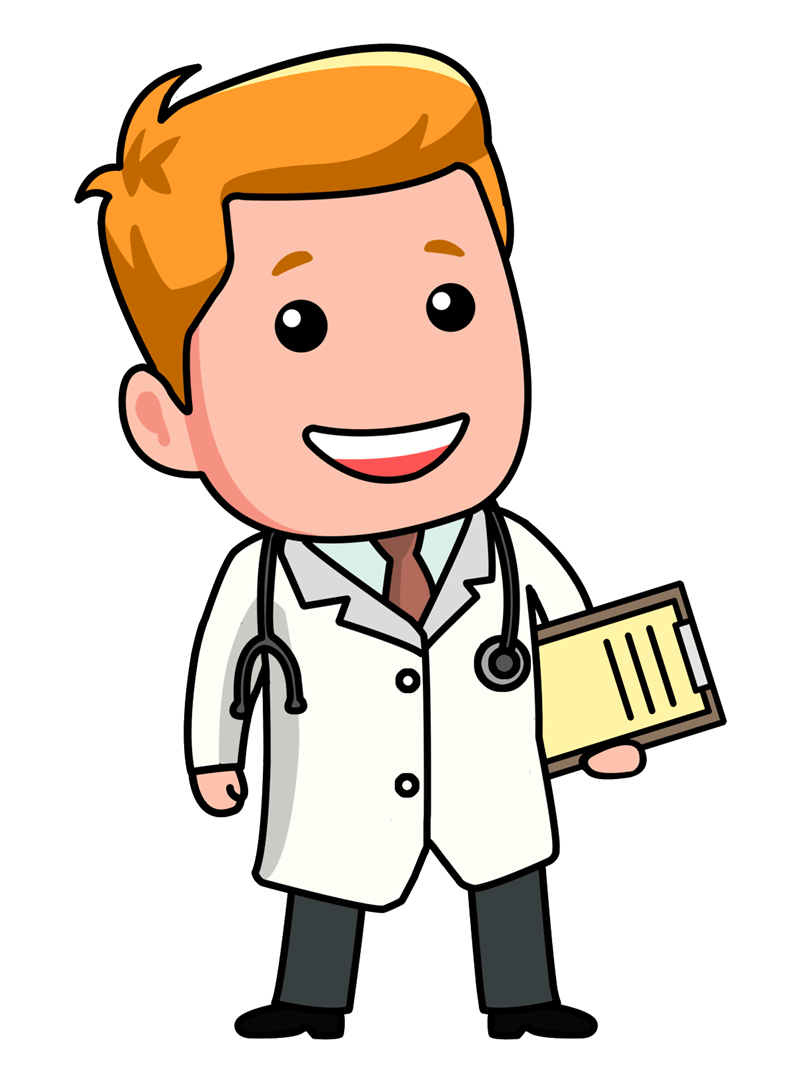