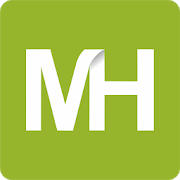 no need of routine covid-19 testing* before hospitalisation, surgeries

*However, a study from AIIMS itself shared by the Union health ministry, showed that there weren’t any complications or adverse impact on patients who had to undergo surgery when they were Covid-19 positive during the omicron wave*

This will be applicable to both regular and daycare hospitalisations, minor and major surgeries/ interventional, non-interventional procedures and imaging in clinically asymptomatic patients/ including OPD and Emergency patients along with those who were earlier COVID-19 positive but have recovered and been transferred to the inpatient ward for continued treatment
The All India Institute of Medical Sciences (AIIMS) Delhi announced on February 9 that it will discontinue routine COVID-19 testing before inpatient hospitalisations and surgeries.

dr li wenliang died of covid after warning the world about it: read how china had silenced him

The story of Dr Li Wenliang,whistle-blower Chinese doctor who died of COVID-19 two years ago

When the Chinese government was not coming out clean about the deadly virus, Dr Li questioned the authorities on their silence in a social media post. He accused them of being silent on healthcare workers getting sick though he was hospitalized

On February 7, 2020, Dr Li Wenliang, a 34-year-old doctor from Wuhan, died of a Covid-19 infection. He was a frontline health care worker at Wuhan Central Hospital, where he first noticed something was unusual about the sick people coming to the hospital for treatment.

The world hails Dr Wenliang as the whistleblower who warned the world about the deadly disease. Two years since his death, over 57 lakh people around the world have lost their lives due to the pandemic that started and was most probably ‘created’ in Wuhan

The story of Dr Li Wenliang

Dr Li was an ophthalmologist at Wuhan Central Hospital. In December 2019, he noticed seven cases of virus infection that looked similar to SARS virus infection that led to the global epidemic in 2003. On December 30, he sent out a warning message to his fellow doctors in a chat group and warned them to wear protective clothing while treating patients. At that time, he was not aware that the virus was a completely new one.

China is known for spying on its citizens. Dr Li was no different. Just four days after making the initial warning to the fellow doctors, Dr Li was summoned by the Public Security Bureau. He was accused of making false claims. Dr Li was forced to sign a letter accepting the accusations. In the letter, it was stated he “made false comments” that “severely disturbed the social order”. Reports suggest there were seven other people who were under investigation along with Dr Li for allegedly spreading rumours.

The letter read, “We solemnly warn you: If you keep being stubborn, with such impertinence, and continue this illegal activity, you will be brought to justice – is that understood?” Dr Li had written underneath “Yes, I do.” Later, the authorities had to apologise to Dr Li

Just a week after his visit to Police, Dr Li treated a woman at the hospital who was infected with the new virus. On January 10, 2020, Dr Li posted on Weibo, informing he had started coughing. The next day, he was down with a fever. It took only two more days for his health to deteriorate further, and he was hospitalised.

On January 30, 2020, he was diagnosed with Covid-19. On February 7, his body gave up, and he died of acute pneumonia, a complication caused by Covid-19 infection. In a post he wrote, “Today nucleic acid testing came back with a positive result, the dust has settled, finally diagnosed.”

When the Chinese government was not coming out clean about the deadly virus, Dr Li questioned the authorities on their silence in a social media post. He accused them of being silent on healthcare workers getting sick though he was hospitalized.

The confusion over his death

Chinese mouthpiece Global Times, People’s Daily and others reported Dr Li died on February 6. The People’s Daily published a tweet acknowledging Dr Li’s death. However, Global Times later clarified he had been put on ECMO (extra-corporeal membrane oxygenation) to keep his heart pumping and blood oxygenated without going through the lungs. It further added Dr Li was in critical condition. According to BBC’s report, the Chinese government had ordered the media outlets to change their reports to Dr Li under treatment.

China’s silence led to the pandemic

Dr Li became the face of freedom of speech in China, a country where the government censors everything that goes against the authorities. The people of China were not aware of what was happening, and the Chinese government kept mum to save its face in front of the world. World Health Organization also, directly and indirectly, failed to warn the world on time and trusted the Chinese version that Covid-19 was is not being spread from human to human.

Within weeks of his death, the world started to close down as people were contracting Covid-19 rapidly, and no one knew how to treat it. Today, after two years of Dr Li’s death, the world has reported over 39 crores cases of Covid-19. Over 57 lakh people have lost their lives to the deadly disease. The world has faced multiple waves of Covid-19. People died while waiting for treatment and gasping for oxygen. The United States has reported over 9 lakh deaths while India has reported over 5 lakh deaths, followed by Brazil, France and United Kingdom in the top five list. China, the country where it all started, is still mum about the actual status of the virus’s origin.

finally covid 19 journey will be erased from hcqs to booster?

India Is Moving Towards COVID-19 In 'Endemic' Stage:

The most recent common ancestor (MRCA) of all Corona viruses is estimated to have existed as recently as 8000 BCE, although some models place the common ancestor as far back as 55 million years or more, implying long term coevolution with bat and avian species.Corona  viruses are zoonotic, meaning they are transmitted between animals and people.

Most importantly these patients found  Covid Antibodies are  in early Phase